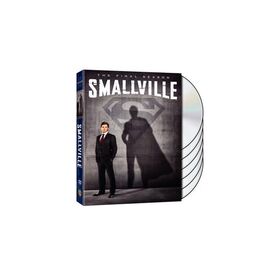 Transformative Events on the Way to His Final Destiny

My Fathers, My Son: How Clark Kent’s Fathers/Son Relationships Evolved over the Series’ 10 Years

How Do We Do Music Video

SMALLVILLE and all related characters and elements are trademarks of and © DC Comics.

The series that redefines the origins of the world’s greatest hero reaches its powerful conclusion with more revelations, more fascinating characters from DC Comics lore and a mind-blowing, spirit-lifting finale that is everything fans could want. In this 22-Episode Season 10, super heroes emerge from the shadows, only to be driven underground by a public that labels them vigilantes. At the same time, otherworld forces of darkness gather, presenting Clark Kent with the greatest challenge of his young life. The world he calls home and the people he loves – including Lois Lane, who now shares his secret and his life – need a champion. They shall have one. Don’t miss all the hopes, heartaches and heroics of a final season to remember. They will lift you up, up and away.